The post below is a follow-up to the recent two articles:

This post is yet another community contribution, which makes me happy: this blog was never about me or my ego, and I’m always glad when more writers are involved.

Before I pass the pen to JoseDoe, I want to note that the missing exhibits to the bizarre troll Goodhue’s pleading (which is in the center of the ongoing discussion) have been finally filed today (see the docket, entry 59). The most interesting piece is John Steele’s sworn affidavit. In my opinion, John waived his 5th amendment rights by filing it. Someone has immediately noted that the notarized date is 5/28/2013, while Goodhue’s response to OSC was filed on 5/25/2013. Moreover, some quotes purportedly from this affidavit in the motion itself can’t be found in the affidavit (e.g., “cut down significant acreage of wood and unlawfully removed it from Steele’s property”). Indeed, it is hard to quote a document that does not exist yet.

Who owned the land?

The first thing to note is that John Steele did not own this land. An entity called, variously SRR Properties LLC or Snake River Ranch, LLC owns it. I do not believe that it is the more famous Snake River Ranch in Wyoming that is buying property in Minnesota, either.

A check of the Minnesota Secretary of State shows that Snake River Ranch, LLC is a Limited Liability Corporation owned by… John Steele, with a mailing address to his next door neighbor. Just like Saltmarsh, Mooney, and Cooper, Steele appears to have named one of his shell companies after something else more famous. The LLC was founded two months before the deeding of the property over to it.

But it does get better. See Property Sale below. 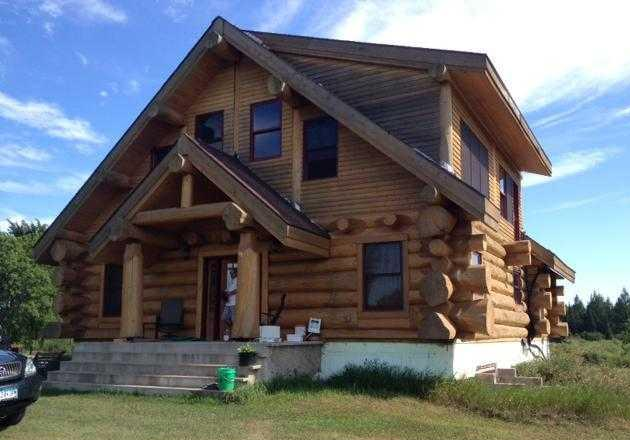 How big is the property?

The property was conveyed to SRR in June of 2004, from the Estate of John Steele Sr., our troll’s father, who passed away in July 2003. The property was conveyed to SRR as a “Trade, Gift, or Estate” for $151,827.00. The Aitkin County Detailed Parcel Report (embedded above) states the parcel size at 44.50 acres. I searched various real estate websites, such as Zillow and Trulia. The size given for the property on Zillow is 125 acres. Here is a map of the parcel on Trulia: 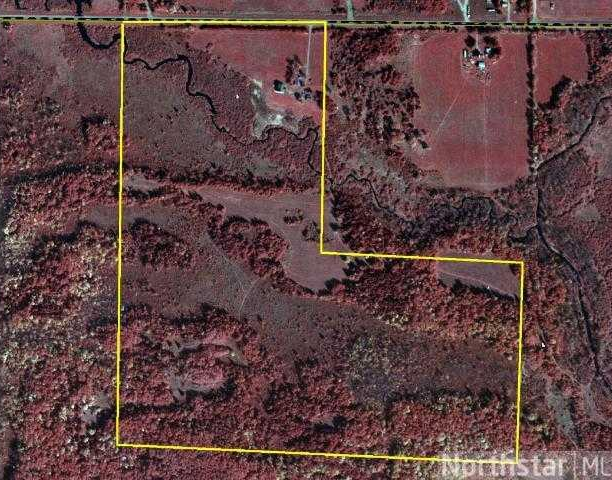 How Clear the Cutting?

One of the more scurrilous allegation is contained on page 8, lines 19-20:

There are two ways to refute this allegation: one is to compare before and after pictures, the second is to consider how something like that would be done.

Compare the ait-17-016 shot in 1998 with Google maps. I cannot guarantee that the satellite imagery is after February 2013, but the imagery is “copyright 2013.” Bing Maps shows similar imagery. In each case, there is no readily identifiable deforestation as alleged. The small trail that runs south to the river ford actually runs off the property lines in both the Trulia image as well as those general property lines formed by the tree lines. When John Steele allegedly went four-wheeling with Alan Cooper, he trespassed on his neighbor’s property.

Let us consider from where all these trees would have been cut. The ones lining 220th Street appear to be intact, as well as any other trees north of the river. This leaves south of the river. The trees there appear to be too small to harvest, especially when you look at photos 8 and 9 of the Trulia listing. But, for the sake of argument, let us say they were cut down. How were they removed? The only possible way is via the trail across the river ford. Certainly, dragging “significant acreage of wood” across the ford would have wreaked major destruction with the soft soil around the ford. None of this is evident in the aerial imagery.

I have not inquired as to where the trees would have gone, although if I were so moved, I would call a few of the licensed firewood vendors in the McGrath area and ask them if an Alan Cooper sold them live timber in September of last year.

According to Goodhue (Page 7, line 21), “In mid-2012, Steele listed his vacation property for sale by auction.” Well, this is curious. Because, Steele didn’t own the property, SRR did. But wait. According to the MN Secretary of State, Snake River Ranch, LLC was “Administratively Terminated” on 01/07/2008. It didn’t exist. It couldn’t sell anything. How can a terminated LLC convey good title to a plot of land?

Here’s where it gets interesting. If the LLC was administratively terminated, could it convey good title? What is the statute of limitations? What if John Steele signed as one of the officers of a defunct LLC, deeded the property over to the new owners, and just pocketed the check? He didn’t sell the property, the LLC did. But the LLC died five years previously. There’s also the wrinkle that this is a vacation home. I’ll have to research this some more, but it is possible that capital gains taxes may be due this year on the $240K profit Steele made on the sale of the property.

What does it all mean? It’s another typical Steele operation. The receipt, ownership, and sale of the property are cloaked in ambiguity. Did Steele own it or not? Who pays taxes on the gain? The Goodhue story of the widespread tree cutting cannot be countenanced, for the trees are too small to be commercially salable and their supposed removal left no traces on the landscape, as seen in images from 1998 and 2013.

But it’s a fair bet their neighbors can’t pick up their WiFi signal.

Another reader, who wished to remain anonymous, made a couple of notes independently. Here are the points that have not been addressed above:

The latest tax documents on the three parcels that were sold in February: all three now have the same owner:

A Techdirt post explores yet another blooper in Steele’s declaration: John Steele’s Claims About Alan Cooper Contradicted By History by Mike Masnick.