Nicholas Ranallo is back in the game

This is terrific news. Those who started following this type of cases recently are probably curious why I’m so excited, yet those who watched the Prenda saga, know that a California attorney Nick Ranallo was instrumental in sinking the ship “Prenda.” Just read the Hansmeier deposition transcript. In addition, Nick is one of those few attorneys who actually won 17 U.S.C. §505 fees in a Bittorent case. By no means have I wanted to understate the efforts of other people who dismantled Prenda — the second most egregious Bittorent shakedown enterprise — yet since this post is about Ranallo’s Answer to one of 200+ Malibu complaints filed in California since September, I’m sure that those other people will forgive my exhilaration.

In a recent post about the 2015 California troll infestation I wrote:

Ranallo’s Answer is exactly what I hoped for. 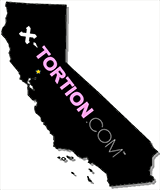 Like any other Answer, the first couple of pages are formal “denied, admitted, lacks sufficient knowledge” etc., but it gets interesting when we reach the “Affirmative Defenses” section.

First, we read a super-condensed yet very accurate description of the Malibu Media business model:

3. Upon information and belief, Plaintiff’s goal in filing these lawsuits is not a judgment on the merits. Rather, Plaintiff seeks to coerce a settlement from the ISP subscriber as herein without regard to whether that subscriber has actually infringed any of Plaintiff’s works.

4. Upon information and belief, Plaintiff coerces its settlements by leveraging potential embarrassment of the Defendant into monetary settlement by, inter alia, threatening to depose a Defendant’s friends, family, and neighbors, as well as by leveraging the inherent cost of federal litigation.

Yet the most interesting is a thorough enumeration of Malibu Media/X-Art’s wrongdoings, which serve the base for solid affirmative defenses (unclean hands, implied license, failure to mitigate damages etc.).

The defendant alleges the following (I touched many of these issues in the past):

As you see, those are pretty powerful allegations, and I expect to hear from Lipscomb’s crybaby hubris pretty soon — in a motion to strike the defenses. However, it is very difficult to confront easily verifiable facts with a pure table pounding. The second most probable development would be an attempt to cut and run (a walk-away offer). I will definitely watch this case and report on the developments.

It didn’t take long for the disturbed vermin nest to react: today the Miami Troll Center moved to strike each and every affirmative defense. Surprise, surprise.

Today a joint case management report was filed in this and other cases hadled by Ranallo. Pretty mundane stuff. I, however, want to make two notes: