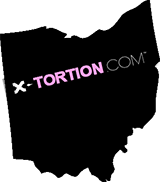 On Friday, on behalf of his client [John Doe] (OHSD 14-cv-00821), Jason Sweet filed an opposition to Malibu Media’s motion to dismiss the case without prejudice. Malibu’s motion was filed under seal¹, therefore I don’t have it. However, the context of Sweet’s opposition paints the full picture of what’s going on. Since this picture is troubling, I have decided to write a separate post rather than an update to the previous one, dedicated to this case².

So, after almost two years of unsuccessful shakedown attempts, Lipscomb & Co. has decided to cut and run in order to avoid compensating the defendant for incurred expenses, harassment and humiliation — in a lawsuit that has been based solely on speculation and inadmissible evidence.

This is not something new: running away the very moment a smell of trouble appears in the air is an integral part of Lipscomb’s “litigation strategy.” Alas, our judicial system is slanted towards plaintiffs: crooked litigators are allowed to dismiss a frivolous case without compensating their target before an answer or a motion for summary judgment is filed by the defendant. This happens a lot: more than half of Malibu Media’s lawsuits end this way. The main reason of such dismissals is a negative result in what I call a “turnip test,” i.e. when it becomes obvious that the defendant is of modest means, so not a drop of blood could be squeezed from him or her. Another reason is a competent and/or aggressive defense — not something Lipscomb wants to deal with. Discovery is a two-way street, and as we witness more and more, the troll goes to great lengths to obstruct the defense’s attempts to obtain the very evidence thousands of its lawsuits are based upon.

While, as I said, the court system is slanted toward plaintiffs, there are certain safeguards: a plaintiff cannot simply dismiss its lawsuit without prejudice after the defendant files an answer or motion for summary judgement: it must petition the court for that (Fed.R.Civ.P. 41(a)(2)). And the difference between dismissals with and without prejudice is huge: only dismissals with prejudice allow the defendant to claim attorney fees as a prevailing party.

In post-answer cases, to prevent exposure of Guardaley’s dirty kitchen and to avoid even a slightest possibility of a jury trial, Lipscomb first invokes his “Plan B” — wrestling defendants into accepting a walk-away settlement (i.e. no money changes hands, which would sound like a good outcome if not for thousands of dollars defendants already paid to their attorneys). Dozens of interesting cases with swollen dockets ended this way.

However, not every defendant is willing to walk away without a fair compensation. In such cases, Lipscomb moves the court to dismiss the case without prejudice. Unfortunately, this strategy did work in the past, so now he tries the same approach in [John Doe].

It is clear that when the plaintiff files a post-answer motion to dismiss the case, it means that a walk-away offer was offered and rejected.

So what is Lipscomb’s justification for leaving the defendant uncompensated in this case? According to the troll, the defendant is “broke” and continuing this case won’t result in a hefty ransom! It can’t be more cynical than that. The defense correctly calls out this bullshit:

After more than a year of motion practice and discovery, Plaintiff Malibu Media seeks dismissal of this action without condition pursuant to Fed.R.Civ.P. 41(a)(2). Malibu is moving to dismiss “because proceeding with this case is not economically justified,” i.e. the Defendant David [John Doe] is broke. […] Malibu’s position is disingenuous. Malibu was advised early and often that their claims were baseless [See e.g. Doc. 7]; that [John Doe] had evidence of his innocence [See e.g. Doc. 70]; and that [John Doe], like most individuals, was of limited financial means [See e.g. Doc. 58 p. 10]. [John Doe] specifically rebutted, under oath, Malibu’s allegations of infringement. Moreover, [John Doe] has expended significant resources. Malibu’ explanation for needing to take a non-suit is inaccurate, as evidenced by Defendant’s Motion for Default Judgment [Doc. 78] and Defendant’s Motion for Summary Judgment [Doc. 79] showing that Malibu sought non-suit only after: failing to comply with the Court’s October 26, 2015 discovery order; completing their discovery of [John Doe]; knowing a summary judgment motion was forthcoming [See e.g. Doc. 78 p. 4; Doc. 78-24 p. 4].

This case should be dismissed with prejudice. Only such a dismissal will [John Doe] be able to seek fees as a “prevailing party” under 17 U.S.C. § 505, as is particularly appropriate here.

It is mind-boggling that Malibu continues to maintain unsupported claims of the defendant’s guilt, accusing him of perjury and spoliation, and even calling him a “criminal.”

The defense goes to a great detail debunking the “reasons” the plaintiff cites as a basis of the dismissal without prejudice: read the opposition embedded below, and you will roll your eyes more than once. Nine examples of how Malibu lawyers twisted the truth are more than enough even for a casual reader to understand that Lipscomb is full of crap³.

The actual reasons behind the dismissal attempt, according to the defendant’s opposition, are:

It cannot be clearer.

¹ The reason for sealing (which the defendant agrees to) is to keep private alleged “third party infringements”: inadmissible, irrelevant “evidence” that Malibu Media always touts, when the plaintiff’s “expert” finds neither traces of X-Art’s smut, nor indications of spoliation.

² Make sure to listen to DieTrollDie’s podcast that discusses this case in a great detail.

³ The troll even resorts to outright lies:

In further support of this contention, Malibu later extensively cites Patrick Collins, Inc. v. Osburn. […] The cite is to a one page order on which none of the quotes referenced appear.

Not that is it something new: an infamous Malibu’s “Internet Hate Group” motion is full of references that contradict the claim.