Since Prenda became a national poster child, I’m not compelled to cover its illustrious downfall anymore, unless I have something unique to add: there are people who write much better than yours truly. I’m sure anyone who follows Prenda stories enjoyed yesterday’s news: our trolls had their first oral argument on appeal in front of the US Court of Appeals for the 7th Circuit (appealing Judge Murphy’s sanctions in Lightspeed Media Corporation v. Smith et al, ILSD 12-cv-00889). If you didn’t listen to the recording yet, you definitely should. Also read:

I want to present an eyewitness story. Heather S. enjoyed the show personally, so her first-hand impressions are valuable.

Mr. Voelker argues on benalf of the Prenda trio:

Mr. Voelker’s portion of the transcript:

Mr. Voelker during the rebuttal: 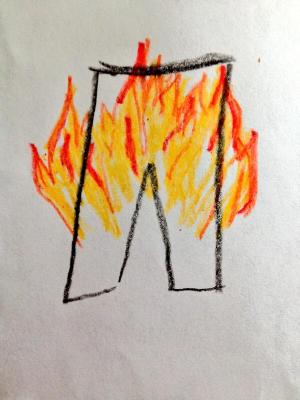 How the oral arguments ended for Prenda:

The first rule of holes, according to an old saying, is to stop digging.

Appellants’ burden in each of these proceedings was high and the record supports the district court’s holdings that they did not meet it. Any arguments that we have not discussed do not merit separate attention. We AFFIRM the order of sanctions imposed against appellants in No. 13-3801. We also AFFIRM the order in No. 14-1682 holding appellants in civil contempt and imposing the stated fine. Costs of appeal are to be taxed against appellants jointly and severally. See FED. R. APP. P. 39(a).

Congratulations to Dan, Jason, Erin, and everyone who took part, no matter how small, in uprooting the Prenda weed: it was truly a collective effort.

Special cheers to DieTrollDie: his post was mentioned in the order!

19 responses to ‘Prenda’s first oral arguments in front of the 7th Circuit Court of Appeals: a picture is worth a thousand words’