Over the previous week Prenda continued to broadcast its last season of the soap opera. In particular, two events have been covered by the media:

These two events in their ironical contrast were nicely covered by ArsTechnica and TechDirt, so I won’t waste time trying to re-tell quite obvious commentaries (don’t neglect the readers’ comments). 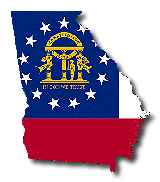 One significant Prenda-related episode has been left out: there was a hearing in the AF Holdings v. Patel (GAND 12-cv-00262), where Blair Chintella, one of the first original Doe defenders, has been firmly standing against Prenda, opposing its cowardly move to flee — to dismiss the case with prejudice on 3/18/2013 — after it became clear that this particular extortion attempt had failed. Instead of letting the villains go unpunished, Chintella filed a comprehensive motion for sanctions. Naturally, Steele/Hansmeier did not like it, and what followed made this case probably one of the most entertaining Prenda’s shows (to the extent you can separate the grief of the victims from the good, healing and disinfectant laugh). Prenda’s local — The Best Of Craigslist Attorney 2012 winner Jacque Nazaire — filed motions featuring all kinds of bizarre arguments ranging from equating EFF to a “terrorist organization” to arguing that Judge Wrghts’s order is irrelevant because California allows gay marriage and because Anonymous attacked PayPal. It was the case where Mark Lutz claimed under oath that “Salt Marsh” is not an individual but a trust that benefits Mark’s unborn children.

Below is Chintella’s press release regarding the July 3 hearing. It is pretty self-explanatory; I only want to stress two most important points (in my opinion):

As indicated in the release, Andrew Norton was at the hearing ready to testify as an expert witness, but was not called. Here is his detailed report, somewhat long but worth your time.

Below is the corrected press release by Blair Chintella:

One more notable Prenda-related event from the last week: David Harris, a pro se defendant from Arizona, filed a nice motion for Equitable Estoppel and Show Cause Order.

For the aforementioned reasons Defendant request this Honorable Court to Order Plaintiff to Show Cause why this Court should not forward the information in this Motion to the United States Attorney for the District of Arizona for Criminal Prosecution of Plaintiff for the charge of Criminal Copyright Infringement in violation of 17 U.S.C. §506(a) and 18 U.S.C. § 2319 a Federal Five Year Felony.

Many people welcomed Mr. Harris’s change of tone: previously he was criticized for rude language directed not only at the troll, but also at the judge, yet even the harsh critics agreed that in the essence Harris was always right. DieTrollDie has been following this case closely.