I hope everyone is enjoying this gorgeous (at least in Pennsylvania) weekend. To forget about the weekday routine, let’s learn a new dance. This dance’s steps have been borrowed from one particular docket — Malibu Media v John Doe Subscriber IP address 76.124.31.253 (PAED 13-cv-05486), let’s call it Malibu Media Foxtrot. 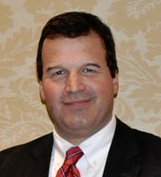 The music has just started, and the fun has just begun. Apparent abuse of the court system by pornographers and the German Mafia? Who cares?! Dance!

Yay! Sixth extension of time was requested and granted!

Some time in late June/early July 2014 the defendant was served with the amended complaint (per court order, filed under seal on 6/13/2014), and on 7/15/2014 the defendant answered. It was not a formally sound answer, but it showed that the defendant did his homework: he enumerated each and every weak spot of the Malibu Media shakedown campaign while denying all the allegations.

Particularly, he noted the infamous “Exhibit C” abuse, and claimed that the third party files he purportedly shared were outside of his interests:

Defendant has no interest in such as music by artists such as Young Jeezy, Cannibal Corpse, and Judas Priest, as well as a download (of what is assumed to be software) that isn’t even in English.

Also, it wasn’t a surprise to learn that the crooks, time and again continue targeting people in extreme hardship:

In Malibu Media LLC v. Doe, ILND 14-cv-00693, Malibu Media laid forth its procedures for determining who to press charges against In court documents, Malibu Media asserted “hardship is when a defendant may be liable for the conduct, but has extenuating circumstances where Plaintiff does not wish to proceed against him or her. Examples are when a defendant has little or no assets, defendant has serious illness or has recently deceased, defendant is currently active duty US military, defendant is a charitable organization or school, etc.” This was in defense of claims made that Plaintiff is in the business of extorting money from people. These claims can be called into question through this case. Defendant had an income in 2013 of approximately $18,000.00. Defendant is providing for himself via a meager income and student financial aid. Defendant has very little assets and is hugely in debt.

Finally, the case was dismissed on 1/2/2015 — without prejudice, which means that the troll didn’t get a cent from the defendant and had to pay for the choreography lessons from his own pocket.