As I reported recently, it seems that there is an ongoing genuine spat between X-Art’s owners and its long time “general counsel” Keith Lipscomb. This disagreement, details of which we’ll likely never learn, prompted the motions to withdraw in the lawsuits where the attorneys from the Miami office personally appeared: two cases in Florida, one in Michigan (where Lipscomb and Fernandez appeared pro hac vice in June 2015).

All the withdrawal requests were granted, conditioned by the requirement to find substitute counsel. 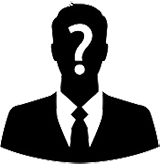 In one of these cases — Malibu Media v Jesse Raleigh (MIWD 13-cv-00360) — the deadline to find a new attorney was last Friday, which came and went, without any action from X-Art.

The defendant and his attorneys Derek Wilczynski and Lincoln Herweyer, who have been sick and tired of fighting a frivolous, evidence-free lawsuit, promptly and expectedly reacted:

COMES NOW Defendant, Jesse Raleigh, and files this Motion for Entry of Judgment, to Schedule Oral Argument for Defendant’s Attorney Fees and Adjourn Settlement Conference and Brief in Support, based on Plaintiff’s failure to have new counsel appear on its behalf, in violation of this Court’s Order. (Doc. No. 153). All of the evidence in the record indicates that Defendant did not violate the copyright act. […]

Embedded below is the accompanying memorandum: the defendant is (not unreasonably) afraid that the court can allow the troll to cut and run:

In its May 19, 2016, decision in CRST, Inc. v. EEOC, Docket No. 14-1375 (May 19, 2016), an 8-0 Supreme Court reconciled a circuit split that resulted from the Eighth Circuit’s decision regarding the definition of “prevailing party.” The Supreme Court stated that “a defendant need not obtain a favorable judgment on the merits in order to be a ‘prevailing party’ under Title VII.” The Court noted that Congress had not intended that defendants should be eligible to recover for costs and fees only when courts disposed of cases on their merits and reasoned […]

As I mentioned in an update to my previous post, Malibu’s local counsel in the Michigan case, Paul Nicoletti, was also relieved from his duties after claiming that he de facto stopped representing Malibu Media in June 2015, and that it was his honest oversight that he didn’t move to withdraw formally. Well, it appears that Mr. Nicoletti possesses a superpower: he is capable of representing and not representing the same client at the same time, in the same state:

On May 20, 2016, under the continued representation of Mr. Nicoletti, Malibu Media took a default judgment of $97,000.00 against one Jason Ressler in a case in the Eastern District of Michigan (MIED 15-cv-11500, Doc. # 20). Hence, in the above-entitled action where dispositive rulings or a trial were imminent, Mr. Nicoletti has some sort of conflict which does not allow him to continue representing Malibu Media. At the same time, in a case one district over, where the Defendant failed to Answer the Complaint, Mr. Nicoletti apparently has no conflict and can continue to represent Malibu Media.

The motion for default judgement was signed and field by Nicoletti on 11/19/2015, way after he ostensibly resigned as a Malibu’s counsel, and even after he was criminally charged with four counts of bank fraud.

A new address for ransom payments

I’m still puzzled by what’s going on with X-Art’s representation. While no new Malibu Media cases have been filed for more than a month, “local representatives” pretend that nothing happened: motions, amended complaints, requests for default are being filed daily in California, Illinois, New York, Pennsylvania, DC, and so on. There could be two explanations:

I’m leaning toward the former. I don’t believe that the third explanation — that X-Art is now directly working with the local lawyers — is remotely plausible.

Meanwhile, there is a new address that defendants are directed to send settlements to (previously it was Lipscomb’s office):

There is a single lawfirm at this address: Pillar Law Group, which, as it is common with lawfirms bearing the word “Group” in their names, is a two-lawyer outfit. Their names are:

(Update: this firm has a total of 6 attorneys, those above are the only two who are on the main page / have dedicated pages. You can spot one very familiar name there: see my 6/2/2016 story, which discusses this law firm in more detail.)

I don’t know whether these guys are small-time opportunistic ambulance chasers, who have lent their address to the international racketeers, or they are a Lipscomb & Co 2.0. I sent them a request for a comment, but didn’t hear back. One interesting detail: they added “Copyright” to the practice area list on their website just recently, surely after 4/3/2016.

Today Judge Robert Jonker dismissed the case for “Plaintiff’s lack of progress and failure to prosecute the case as directed the Court.” Defendant motion for attorney fees will follow. The accompanying order is harsh and worth reading in full. A mysterious “new counsel from California” made me chuckle:

The Court notes that a new attorney from California made some efforts to contact Chambers on the last business day for compliance. There was no effort to file anything on the record of the case. There was no effort to retain local counsel to intervene and stabilize the case. Rather, there was an e-mail to the Court Reporter for this Chambers, which she kindly forwarded to the Court’s Judicial Assistant. The communication suggested that new counsel from California was considering an eleventh hour appearance, but the submission included no signed documents; only unsigned and incomplete application materials for admission to the bar of this Court. That is woefully inadequate in light of the history of this case the Magistrate Judge’s clear warning and time limit.

It was logical to expect a motion for attorney fees and cost from Raleigh, and today his attorneys asked the court to compensate almost three years of work caused by sleazy pornographers’ frivolous attempt to extort money from an innocent hardworking citizen.

The accompanying memorandum is embedded below. It is short, just 14 pages. If you are familiar with the history of this case, you can skip to page 9, where you’ll find nicely worded argument why the defendant is entitled to payment. Raleigh asks for $158,685.00.

On 6/7 Brian Heit filed a notice of appearance (no document, just a docket entry), and on 6/21, he asked to court to give him another month to respond to the defendant’s motion for fees.

Derek Wilczynski was apparently flabbergasted by this kind of impudence, and yesterday filed a passionate opposition:

Pending before this Court (Doc. 163) is Plaintiff Malibu Media’s twelfth motion for an extension of time to perform some act for which the deadline was established either by this Court or by the Rules of Civil Procedure (see Docs 13, 24, 35, 36, 41, 79, 102, 103, 106, 143, 144). Although this Court and every lawyer practicing before this Court understands that, from time to time, extensions are necessary in order to even out the flow of work, avoid scheduling conflicts, or otherwise address unforeseen circumstances, in the instant case Malibu Media has evinced extreme recidivism in its penchant for being unprepared. Simply stated, Malibu Media is again trying to play Defendant Raleigh, and this Court, as fools.

(Exhibit: an email from Brian Heit.)