A very eventful case Elf-Man v. Lamberson (WAED 13-cv-00395) is coming to its conclusion (See the extensive coverage of this case by DieTrollDie). Because of the defense counsel’s titanic investigative effort (which resulted in overwhelming evidence of ongoing brazen fraud upon the US courts by a German extortion concern Guardaley), plaintiff’s counsel Maureen VanderMay resigned citing “ethical concerns,” and finally the trolls attempted to cut and run — dismissed the entire case with prejudice — to avoid potentially devastating scrutiny.

When Judge Thomas Rice approved the dismissal, he hinted that the defense might request attorney fees.

Those motions prompted a flurry of opposition, including the declarations by Lipscomb’s discredited expert Patrick Paige and two German nationals (purportedly real people): unlicensed, uneducated “investigators” Michael Patzer and Daniel Macek. The only person whose declaration was missing was Guardley’s own “Alan Cooper” — an invented “expert” Darren Griffin of a non-existing Crystal Bay Corporation: this time the Germans seemingly didn’t dare to forge a signature as they did on numerous occasions in 2013.

We expected a lot from the judge’s ruling on these motions: as time passed, we hoped that he had been preparing an Otis Wright-like smackdown, but alas, I had rather mixed feelings reading the October 31 order.

I start with bad news: both motions for sanctions were denied, mostly on procedural grounds: applicability of certain sanctions to certain documents (“section 1927 sanctions are unavailable for complaints”), timing and clarity of defendant’s accusations in frivolousness, etc. The judge’s analysis of requested sanctions starts on p. 11 and, while it clearly communicates his hesitancy to sanction the plaintiff’s attorneys, it nonetheless reads like an instruction to future defendants, namely what they should do in order to keep ethically handicapped attorneys accountable. 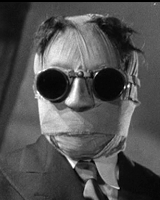 The judge absolutely ignores the accusations of champerty, forgery, fraud… He apparently doesn’t want to deal with this dirt. Maybe he is right in his own way: it is up to DOJ to investigate the racketeering enterprise, yet we know that a concerned judge has a tremendous power of nudging such investigation, which otherwise is prone to death by prioritization. Alas, not this judge, not this time.

This part is good news. While the amount of fees is yet to be determined (the judge found that “other than to recite the total hours expended, counsel has not provided a sufficiently detailed justification for the hours claimed,” giving defense counsel Chris Lynch a chance to submit an itemized claim), we know that the copyright law is seriously skewed towards the rights holder, and to win a fee award is anything but easy even if a defendant prevails and even in the post-Fogerty world. This unfairness is one of the pillars of the widespread abuse of judicial system by copyright trolls.

In determining whether fees should be awarded, courts may consider a nonexclusive list of factors, including degree of success obtained, frivolousness, motivation, objective unreasonableness (both in the factual and legal components of the case), the need in particular circumstances to advance considerations of compensation and deterrence, and whether the chilling effect of attorney fees may be too great or impose an inequitable burden on an impecunious party. […]

…and he finds that the fees must be awarded to the defendant:

First, Plaintiff dismissed all its claims against Mr. Lamberson; thus, Defendant is the prevailing party. Moreover, Defendant’s success was unqualified, as the dismissal against him was with prejudice.

Second, from this record, the Court has no basis from which to determine that Plaintiff’s claims were frivolous. The case was dismissed short of trial, so all the evidence is not before the Court.

(Well, this is the reason why trolls flourish: they fight with tooth and nail to avoid trials, so their “evidence” won’t be cross-examined in front of a jury.)

Third, Defendant contends the case against him was baseless, but the Court notes that Plaintiff has obtained stipulated relief against others on virtually the same allegations as Plaintiff asserted against Defendant.

(No, judge. “Stipulated relief” by no means proves defendant’s guilt or that the case is not baseless: the predatory lawsuits like this are calculated to extract settlement amounts slightly less than the cost of mounting a viable defense, hence even innocents settle.)

Fourth, whether Plaintiff’s claims were therefore unreasonable is likewise not determinable from this record. Plaintiff requested damages of $30,000—the full amount of statutory damages available under the Copyright Act for Lamberson’s alleged infringement. In the end, Plaintiff received nothing from Mr. Lamberson, and now nothing more can be said.

As a final point, I can’t agree more with the following:

Finally, awarding fees to Defendant will not have a chilling effect on Plaintiff’s other copyright claims. Plaintiff can pursue its valid and well-founded copyright claims with vigor, seeking both damages and fees where warranted. But Plaintiff cannot exact a pound of flesh simply by making defendants caught in its wide net expend attorney fees to defend themselves, perhaps unjustifiably. This factor weighs in favor of an award of attorney fees.

I feel that the previous paragraph will be widely quoted and I hope this somewhat toothless order will however make troll’s racket harder and costlier. And of course I hope that Lynch and Lamberson will win substantially more than a symbolic sum.

If you haven’t been following this case (and the German-driven copyright trolling judicial plague in general), you may want to read the entire declaration as it contains a condensed yet illustrative and comprehensive history of the ordeal.

On 12/5/2014 Plaintiff (David Lowe) filed his opposition to the defendant’s fee request. Interestingly, he, redefining the meaning of the “out of touch” phrase, made a counter-offer of… 5K (see his email in the Exhibit A):

Note that the Exhibit D is a printout of the article about very interesting developments in Australia, where our German trolls currently test the water. Of interest is that yet another Guardaley shell — Maverick UG — is listed as an “investigator” (while the “expert” is a painfully familiar Daniel Macek). The judge, despite the troll’s vocal objections, ordered the plaintiff (Dallas Buyers Club LLC, which is a member of the same shakedown gang as Elf-Man LLC) to fly the witness (Macek) to Australia for cross-examination. It will be interesting to watch Guardaley trying to weasel out of this situation.

Lowe filed a motion to strike the Supplemental Declaration of J. Christopher Lynch in Support of Defendant’s Motion for Attorneys’ Fees (104 – linked above) on 12/17/2014. Reminds me how Prenda hysterically denied the Alan Cooper fraud two years ago:

Inter alia, Lynch has no evidence or basis for fraud allegations whatsoever. There is no evidence that Griffin is a “fake person” or Crystal Bay Corporation is a “fake company.” There is only Lynch’s wild speculation, and Plaintiff has no obligation to respond to such wild and purely inflammatory allegations, let alone prove a negative. Lynch has no basis, let alone an ability, to make criminal allegations in this civil proceeding. The entirety of Lynch’s baseless arguments should be stricken.

Seriously, Lowe? Just point us to Mr. Griffin, a “real person,” and let him speak for himself. That simple — everyone will be happy. But you obviously can’t.

Lamberson/Lynch opposed on 12/19/2014. Pay attention to the Exhibit C — the order from an Australian Judge mentioned above.

Lowe has his final word. The matter is now fully before the Court to decide without oral argument.